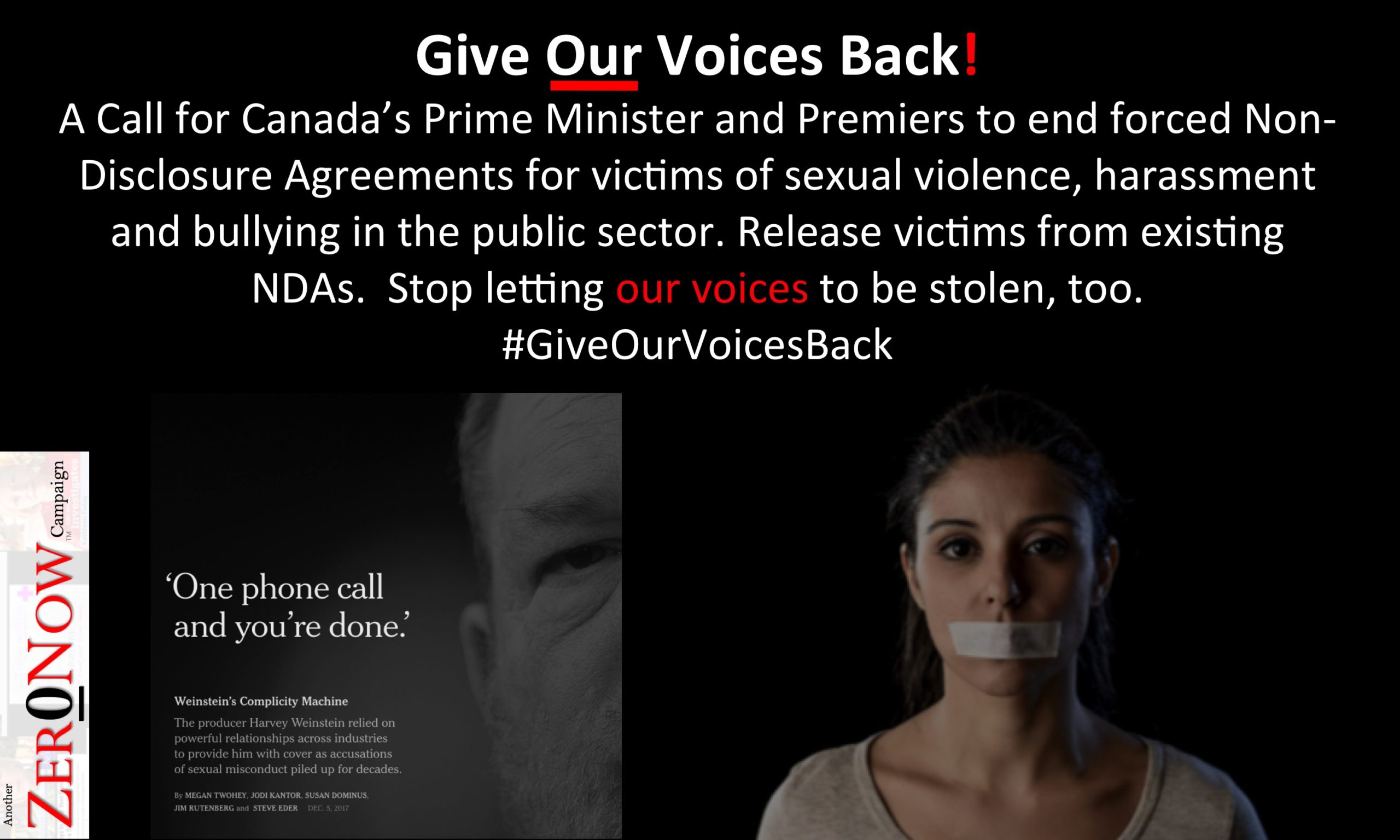 “I have not heard of a case in which NDAs were not harmful.”
—New York Psychoanalyst and Sexual Violence Author Leah Lipton, in an interview with Kathleen Finlay

Here’s my take: The best NDA is NO NDA.  That’s the message of countless victims and clinical evidence.  It’s time governments,  legislators and powerful institutions acted on it.

Since my proposal in 2018 to the House of Commons and Canadian Senate that Bill C-65 be amended to ban forced NDAs, a number of other jurisdictions have passed legislation to curb their use. Prince Edward Island was the first Canadian province to move in that direction. However well-intentioned, legislative changes that have been enacted so far are inadequate and present loopholes large enough to drive a Harvey Weinstein truck through them.

The subject has not even been considered in Ontario, Quebec or British Columbia, Canada’s most populous provinces. More significantly, Canada, at the federal level, has failed to take any action at all to address the harms of NDAs. To the contrary, even the senate has continued the use of NDAs in the settlement of multiple complaints by employees involving sexual misconduct allegations against one of its own members, disgraced former senator Don Meredith.

We have long called for parliamentary hearings on the use and future of NDAs at the federal level, including among the huge swath of federally regulated entities, boards, agencies, commissions and Crown corporations, as well as the Canadian military and RCMP, where complaints about sexual violence and harassment have reached epidemic levels. Such hearings would provide a platform for the victim impact statements that are essential to fully understanding the harm caused by NDAs. The voices of the women and men whose tongues have essentially been cut out by these legal artifices, need to be heard. Canada’s policy makers, along with other interested parties, need to hear them.

There may be solutions that make NDAs viable from the victim’s perspective. I haven’t seen any persuasive enough to outweigh their long-term toxic impacts. Right now, the use of NDAs works to normalize sexual violence and harassment. They betray the thinking reflected by too many organizations, most recently including Hockey Canada, that gender-based wrongdoing can easily be disposed of and that NDA-driven settlements make it just a cost of doing business.

No doubt my own experience as a survivor of sexual violence and sexual harassment, followed by the second assault of a rigged NDA, is a factor in my skepticism. But given the countless victims who have reached out to me over the years, combined with the weight of scholarly thinking and clinical evidence, I believe the best NDA is no NDA. I am not alone. New York psychoanalyst and sexual violence author Leah Lipton told me some years ago, she never knew of an NDA that has not been harmful.

This line of thought has had some resonance among the academic community in the United States, as a result of work by The Zer0Now Campaign and a recent interview published in the U.S. We are working with a number of universities that are looking at banning NDAs outright, not just trying to fit a square peg of irreducible harm into a round statutory container of nice-sounding but illusionary principles.

What is disappointing on that front is that similar interest has not surfaced in Canada.  My own alma mater, the University of Toronto, even while facing a number of sexual misconduct scandals well into 2022, has rebuffed our repeated overtures to the most senior levels of the university where we proposed a major rethink of current sexual misconduct practices. They claim to be already defying gravity (U of T’s current fundraising slogan). Reality paints a different picture, however. Many of the university’s young women still do not feel safe on the campus or in the class room. They tell me they would be happy if the school’s leaders just had their feet planted firmly on the ground.

Pronouncements of self-satisfaction are seldom a substitute for a compassionate culture or a willingness to embrace change, like ending NDAs, when it is required.

NDAs represent an invidious extension of the power imbalance that is at the core of gender violence and sexual harassment in the first place. That imbalance continues long after the settlement, when formidable law firms are always poised to swoop down on a victim the first time they think she has breached the agreement with their client. Victims, on the other hand, don’t typically have a law firm, much less one on constant retainer, to fight back. That’s really the point about NDA’s, isn’t it? This power imbalance can last for years, decades and even lifetimes, as does the damage it causes. It is among the many factors that inhibit healing and perpetuate the ethos of harm.

We need to keep trying, of course, but It seems unlikely we will completely get rid of the powerful bad actors and enabling organizations that continue to inflict abuse on women in the street, on the campuses and in the workplace. But we can get rid of the harm caused by NDAs. And if that means banning the use of NDAs, and provincial and federal governments releasing all victims from existing non-disclosure agreements in which any government was a part, that’s what must be done. 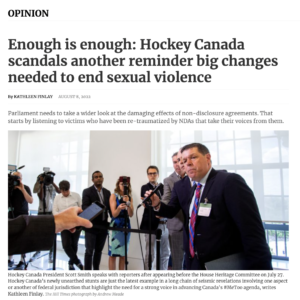 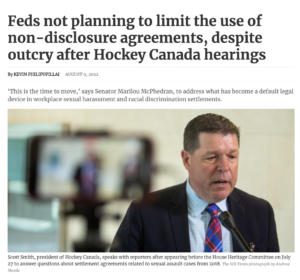 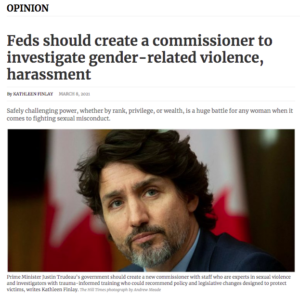 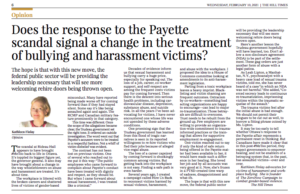 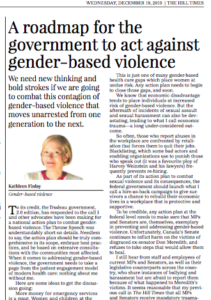 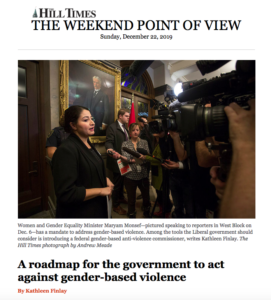 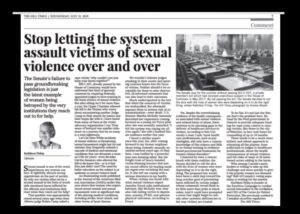 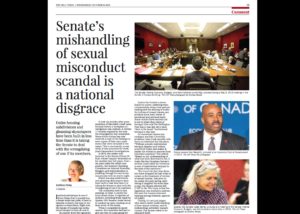 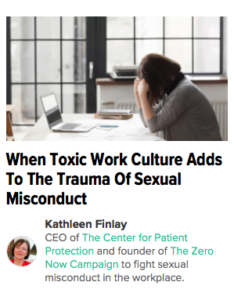 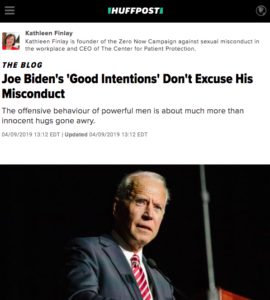 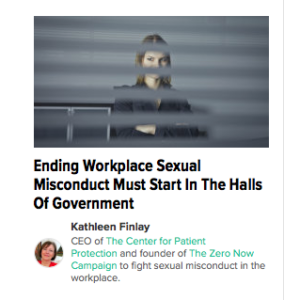