One of the many shocking discoveries to emerge from the recent spate of high-profile scandals is that too many men and women stood by and did nothing when they knew others were being victimized by sexual misconduct.

That’s just the tip of the iceberg. In the everyday workplace, which IS the iceberg, there are many more who remain silent. It’s called the bystander effect, and it’s a commonly noted phenomenon in the literature of sexual misconduct.

The fact is that many in the workplace who depend upon it for their livelihoods are reluctant to get involved out of fear for their own careers, or of being branded a troublemaker, or just because they don’t know what to do or where to turn.  But if we really want to establish zero tolerance for sexual misconduct in the workplace and all the harm it causes, we have to change the reality of the bystander effect, too.

If you would like to report a concern on a strictly confidential basis, we will respect your privacy but provide you with options, if you wish to discuss them, that could make a big difference in protecting women in your workplace.

Sometimes the best heroes are the ones nobody knows. And nobody should feel powerless and unable to protect women from harm.

I should have stood up for them. I failed. It is crushing. I deeply regret not helping them. 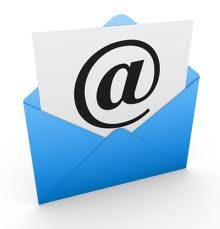