Important Update: In June 2018, the House of Commons adopted as an amendment to Bill C-65 the sunshine law proposal made by The ZeroNow Campaign during its submissions in connection with the legislation.  It was later adopted by the Senate of Canada.  Canada became the first federal jurisdiction to commit to the transparent reporting of vital sexual violence statistics in the workplace, including among federally regulated entities.

There is a reasonable expectation in a democracy that those who write the laws for others will hold themselves to the highest standards in conducting their own business.  But when it comes to how governments prevent and handle sexual misconduct, many fall far short of that target.  As Kathleen Finlay, Zero Now’s™ founder recently wrote in The Huffington Post, governments are among the worst offenders when it comes to sexual misconduct. 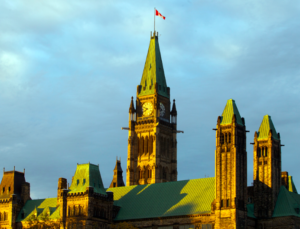 In fact, The Zero Now Campaign™ hears more horror stories from government and public sector workplaces than anywhere else.  Just look at the unrelenting wave of sexual misconduct scandals involving the military in the United States and Canada, and, especially, in the Canadian RCMP, and you get an idea that the performance of government-controlled entities is far from the gold standard when it comes to preventing workplace sexual misconduct. Then there are the shocking sexual harassment stories that have engulfed the U.S. Congress and Canada’s Parliament Hill.  Some of our leaders, far from setting an example for the best behaviour in our workplaces, have engaged in a race to the bottom when it comes to respecting women and protecting us from abuse.

It’s said that both subatomic particles and human beings behave differently when they are being observed. Right now, there is little that can be properly observed about the performance of governments when it comes to sexual misconduct, other than the disgraceful scandals that scream out from the headlines. Federal governments in Canada and the U.S., for instance, force more information to be disclosed about the contents of a jar of peanut butter than they do about sexual misconduct in their own ranks.  That’s one of the reasons The Zero Now Campaign™ has been the first to propose what we call a sunshine law for sexual misconduct that would apply to every public sector entity.

Like everything in our Call for Action, this recommendation was developed by a survivor, in consultation with survivors, and made in the hope of preventing other women from ever having to join our ranks.  As Kathleen Finlay recently wrote to Justin Trudeau, Prime Minister of Canada, “Only survivors can truly know how hard it is to climb out of the dark valley of disrespect, emotional harm and career devastation that sexual misconduct and its aftermath creates — and how important it is to stop it.”

Our proposed sunshine law would require the annual disclosure of statistics on the number of sexual misconduct complaints filed, the outcome of those complaints and any financial settlement paid. Ultimately, the law should apply to, and be adopted by, every municipal, provincial, state and federal government and extend to the broader public sector, including all taxpayer-funded hospitals, colleges and universities. The Zero Now Campaign™ has strongly urged the Canadian government to adopt our sunshine law as part of a series recommendations we made in our submission to the House of Commons on Bill C-65, an act to extend sexual harassment protections in the federal workplace, including in Parliament itself.  The law is urgently needed, especially at this time of awakening about the pervasiveness and danger of sexual misconduct.

The problems are bigger than, and go well beyond, failing to prevent sexual misconduct.  Our public sector institutions often do an appalling job of investigating complaints when victims come forward and are even worse at stopping retaliation, which is the 1,000-pound job- and career-killing gorilla that women most fear and too often encounter after we have launched a complaint. In a little-noted study of public sector employees, it was shown that fully two-thirds suffered some form of retaliation from their taxpayer-funded employer after they complained about sexual misconduct. 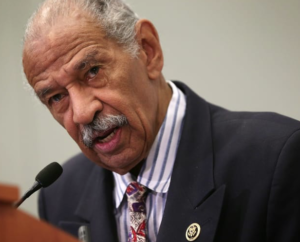 That’s what happened to Melanie Sloan, a staffer in the office of once- powerful-and-now-former U.S. Congressman John Conyers.  Ms. Sloan was repeatedly belittled and bullied by Mr. Conyers, often when the long-term lawmaker sat at his desk in his underwear. But when she reached out, “nobody listened to me,” she said. “There was nothing I could do to stop it,” Sloan told The Washington Post. “Not going to leadership, not going to my boss, not going to a women’s group, not going to a reporter. I was dismissed and told I must be mentally unstable.”

Ms. Sloan was a victim of the old slut or nut (will we ever be rid of this ?) character assassination strategy that has been used so effectively by harassers and their enabling organizations.  In the 21st century that may seem incomprehensible, but it still plays out regularly like something from a Nathaniel Hawthorne novel.  Too often, speaking out about sexual misconduct becomes the modern “scarlet letter” for women of the workplace, including the public sector workplace.  Their lives go downhill from there.

The Zero Now Campaign™ founder Kathleen Finlay had such an experience, after she stood up, that also destroyed her professional career of more than 20 years.

What this means is that we all have to demand better from our governments at every level — municipal, provincial, state and federal governments.  When we see or hear about sexual misconduct — whether we are victims, witnesses or bystanders — we need to stand up and report it. Of course, many women will still be reluctant.  But for those who would like to discuss their concerns in confidence, and have the benefit and counselling of survivors and mentors who have been where you are, you can always reach out to us.  You will not be alone, and we will not let you down.

The Zero Now Campaign™ is working hard to encourage the Canadian government to adopt key provisions of our Call for Action, as well as advocating for needed changes to anti-harassment legislation currently before Parliament. Leading women’s groups, such as the National Association of Women and the Law, have already endorsed some of our recommendations.