We  all know that the most advanced and futuristic of companies can have downright backward ideas when it comes to workplace equality and the role of women. Nothing more convincingly confirms that situation when it comes to discrimination and sexual misconduct than a news story involving giant Microsoft.  We provide a link to it below. 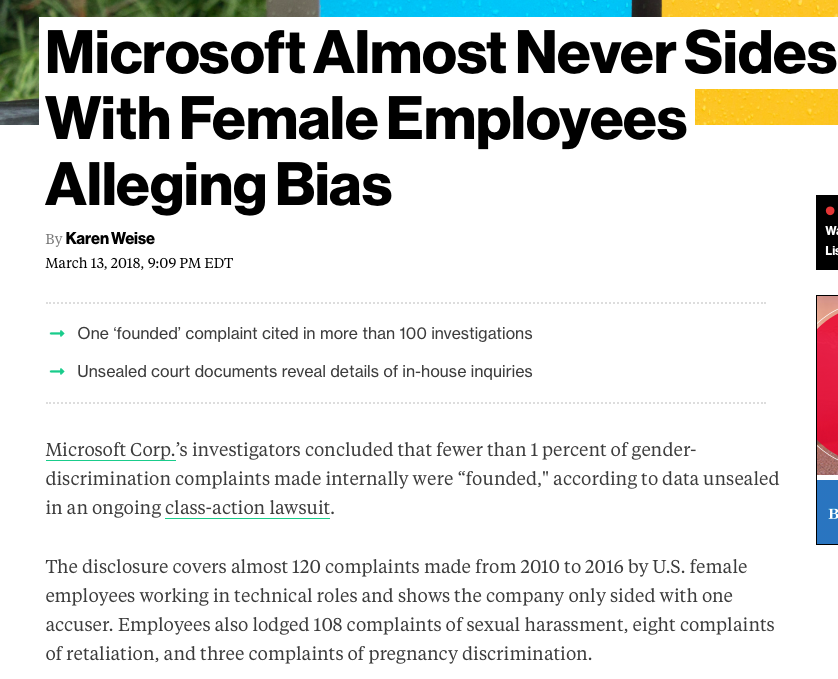 That’s hard to imagine, but totally strange when you are supposed to be in the imagination business but have trouble imagining the idea of fairness toward women.

It’s no wonder that from Silicon Valley to Canada’s equivalent near Ottawa, and even the U.K and Ireland, we hear from women wanting to share their painful stories and ask for guidance on how to survive in a male-dominated world — while maintaining their dignity and integrity at the same time.  And so many of these are very smart women who have much to offer.  If they had a fair chance, they could really imagine — and create — a workplace with dignity, fairness and a heck of a lot of successful ideas.

If you’ve somehow been successful in navigating this male minefield, we’d like to hear from you and learn your secrets.  If you’ve been blown up by it, or want to know how to avoid the fate of the 99 out of 100 at Microsoft, we’re here to help.