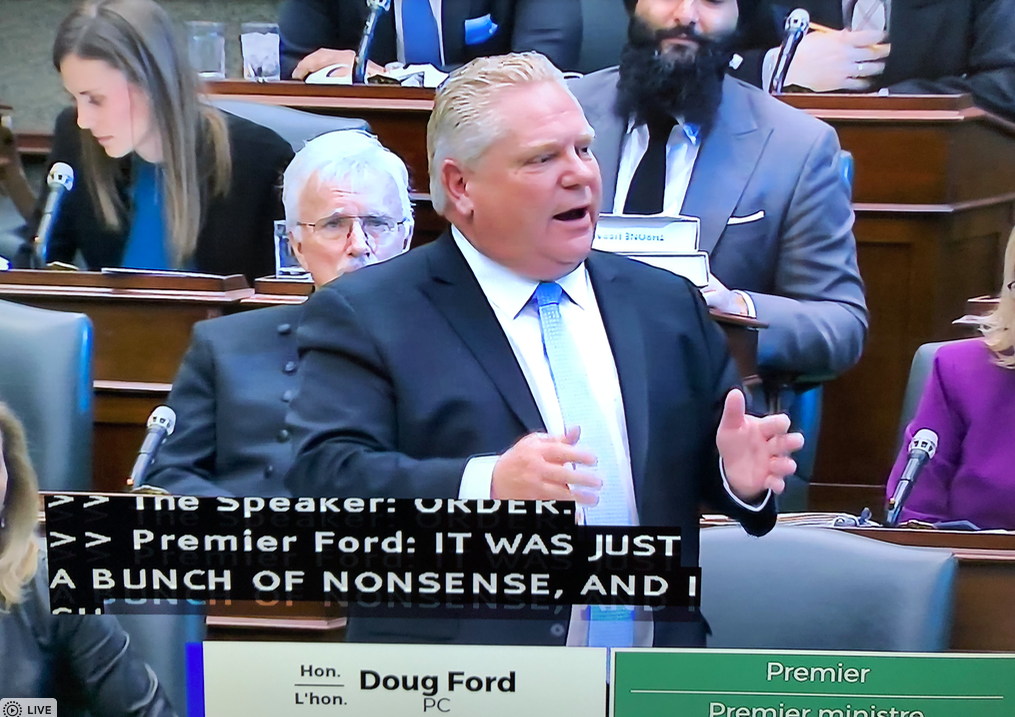 Since assuming office on June 29, 2018, Doug Ford’s administration has made one decision after another which has hit victims of sexual assault, sexual harassment and vulnerable women in abusive relationships and lower-income jobs, the hardest. They also show an unsettling anti-#MeToo bias that places all women at risk — on the campus, in the community and in the workplace.

In just a few short months, the Ford government has demolished the positive gains it took the previous Wynne government two terms to put in place and for which Ontario women fought hard.

Premier Ford is taking Ontario on a race to the bottom that women simply cannot afford. Neither can men, if you really think about it.

Here are some of the actions taken, without consultation among those most affected, in the past few short months:

• Roundtable of experts and advocates on violence against women obliterated.

Premier Ford has been a one-man wrecking ball when it comes to #MeToo issues and protecting at-risk women.

• Funding for rape crisis centres on hold, even while Statistics Canada reports a post-#MeToo surge in the number of sexual assault complaints filed with police.

• Increase in benefits for Ontario Works and Ontario Disability Support cut in half.

• Transparency Act, a law that would spotlight gaps in pay between men and women based solely on gender, on hold.

• Operational funding to College of Midwives cut, with retroactive effect.

When it comes to dealing with sexual misconduct, Ford has been a #MeToo wrecking ball. After claiming he would protect women who come forward with his life, the Premier displayed a stunning and damaging anti-#MeToo mindset. In reality, it is the women of Ontario who need to be protected from him.

After claiming he would protect women who come forward with his life, the Premier displayed a stunning anti-#MeToo mindset. The reality is women need to be protected from him.

He dismissed one victim’s allegations against Finance Minister Vic Fedeli as ” just a bunch of nonsense. ”  He also went behind the back of another sexual assault victim who reached out to him for help. Instead of helping, or even acknowledging her, he approved a regulatory Crown corporation’s efforts to muzzle her from speaking out about it.

With this kind of record, it is reasonable to wonder about the role Andrew Kimber had in these decisions. In November, Mr. Kimber left his post suddenly as a top issues advisor in the Premier’s Office after allegations surfaced about sexual misconduct. Mr. Kimber later admitted the allegations and apologized.

An easy, but nevertheless worrying, prediction: it will be a #MeToo issue that will be one of Ford’s early scandals in 2019.

We need to speak with one voice: Time’s Up for Ford’s War on Women.  Please share your thoughts about how to mobilize our efforts to make Ontario safer for all of us. And share this site with your colleagues and social media friends.

It’s time to stand up before more harm is done !