For True Reform, Ask Women What They Need To Feel Safe

For True Reform, Ask Women What They Need To Feel Safe 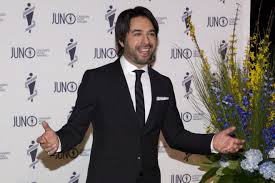 In an ironic twist, former CBC host Jian Ghomeshi has single-handedly done more to bring attention to the scourge of sexual harassment than any public awareness campaign could ever do. Federal Liberal leader Justin Trudeau has also performed an unexpected service in showing that women, even as members of parliament, are reluctant to report unwelcome conduct in the workplace. The celebrities have done their jobs, unintended or otherwise, in opening up a national conversation on a too-long-overlooked subject. Now the rest of us have to roll up our sleeves and get this 800-pound sexual harassment gorilla out of the room.

Two years ago in The Huffington Post, I proposed that Canada’s lawmakers give women an opportunity to come forward with their views and experiences on sexual harassment.

Two years ago in The Huffington Post, I proposed that Canada’s lawmakers give women an opportunity to come forward with their views and experiences on sexual harassment. Since that time, I have heard from scores of women on the subject. Each story is different, of course, but they speak with a remarkably singular voice when it comes to the culture around sexual harassment and how the system that is supposed to protect them has let them down.

Typically, most women deal with harassment and abuse out of the spotlight and in the shadows. They don’t have high-profile bosses vulnerable to the threat of public exposure. They can’t afford high-priced lawyers to take up their cause. And the alarming fact is that, like sexual assault, most incidents of workplace harassment go unreported.

In France, sexual harassment has been made a criminal offense. In Canada, a traffic infraction can spin the wheels of justice faster and with a more punishing outcome than most sexual harassment cases will ever see.

The slow clattering train ride of human rights tribunals can go on for years (four, in my case).

But the impact on victims can be sudden and swift. Many women who do come forward after experiencing sexual harassment say they were quickly abandoned by their friends and colleagues at work, especially if the offending party held a senior position in the organization. A sense of organizational ostracism is common.

Add to this, the company lawyers who can be quick to descend on the victim, the prospect of private investigators being hired by an employer to dig up discrediting information, and the slow clattering train ride of human rights tribunals that can go on for years (four, in my case), and you don’t need to wonder why more women don’t report these incidents. You have to ask why any come forward in the first place.

Even when a woman succeeds in bringing her harasser to justice after an internal investigation or human rights complaint, the consequences of her ordeal can be life-altering.

Political leaders need to take sexual misconduct subject seriously. There has been little evidence of that to date.

Reprisals are common in sexual harassment incidents — by the perpetrators, their organizations and prospective employers. If a woman decides to leave the organization because of what she perceives to be a lingering toxic atmosphere, she will often have problems finding another job. Why? Nobody gets a good reference from an employer that was the subject of a sexual harassment complaint. Yet, human rights tribunals and the courts have made reprisals for asserting the right to be free from sexual harassment one of the most difficult types of discrimination to prove.

What’s the solution? First and foremost, political leaders need to take sexual misconduct subject seriously. There has been little evidence of that to date. Fortunately, the Ghomeshi scandal may be shifting the political landscape, too.

This week, the Progressive Conservative party in Ontario’s legislature will propose the creation of a select committee to investigate sexual harassment in the workplace. So far, Premier Kathleen Wynne has been lukewarm to the idea and has not yet said she will support it. Without the blessing of Ontario’s first woman premier, the idea will fail. It’s too important to let that happen.

Ontario’s existing regime to combat sexual harassment was crafted in the previous century and probably belongs more in the one before that. But the outrage of recent weeks is causing the public to demand like never before strong political leadership that will make the workplace safer.

Listening to the voices of women and what they think needs to be done to protect them from further trauma and abuse is an indispensable step in any genuine process of reform.

A society that truly respects its daughter, sisters and wives owes them no less.